Nature, study in exotic Bali, apple. These words characterize the work of the Slovak illustrator Barbora Paulovičová. Her latest handwriting is worn by&hellip;
We use cookie files for the purpose of visitor analysis and in order to suit our website to your needs. By using our website you agree with the storing of cookie files on Your computer, tablet or smartphone.

Interview with Barbora Paulovičová in Forbes

Nature, study in exotic Bali, apple. These words characterize the work of the Slovak illustrator Barbora Paulovičová. Her latest handwriting is worn by a watch from the traditional Swiss manufacturer Davos.

The story of illustrator Barbora Paulovičová began, similarly to many other artists. From an early age. However, what sets her apart from others is the path she has taken and the surfaces on which you will find her illustrations. After graduating from the Josef Vydra School of Applied Industry in Bratislava, Barborin's steps were directed at the Academy of Fine Arts, a studio of free graphics and illustration. She mastered exotic techniques and themes thanks to a scholarship to the Art Institute in Denpasar on the island of Bali in Indonesia.

Most recently, however, her handwriting will be worn on the back cover of a wristwatch of the well-known Swiss brand Davosa. Its history dates back to the end of the 19th century, when Abel Frédéric Hasler started making silver watch cases. In the middle of the 20th century, the brand was called Hasler Fréres and prospered for years.

Initially, Barbora created several variations of the dial - what a polar bear should look like, its movement, footprints in the snow. "Although it was an illustration of the lid on the watch, time was not a priority," he says of his progress. The sketch shows the polar bear walking in the snow, the view from the back and the snowshoes. He has a winter jacket with an Eskimo hood and gloves. He walks in snowshoes and with sticks towards the "second hour". Next to the traces of the Arctic is the North Pole sign, in the background is the constellation of the Great Bear, as seen 30 degrees north of the horizon from the Svalbard archipelago. Although she created several variations at the beginning, she harmonized the individual steps and drawings with Mário Gašpar, either in terms of opinion, the lines of shape and figure of the polar explorer and the background. As she says - a satisfied creator, a satisfied client.

You can read the whole article HERE (only in Slovak). 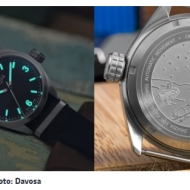 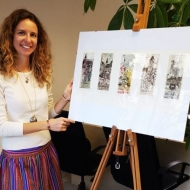 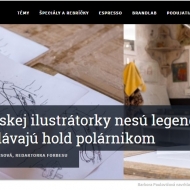